Men naturally love large breasts – but not when those breasts are attached to their body. It can be a nightmare for any man to find out that they have developed jiggly man boobs without having a clue why.

In fact, more and more men are undergoing male breast reduction surgery to get rid of their man boobs – medically known as gynecomastia.

What triggers these hormonal fluctuations? The following are the top 7 reasons why your hormones might go berserk and cause gynecomastia. 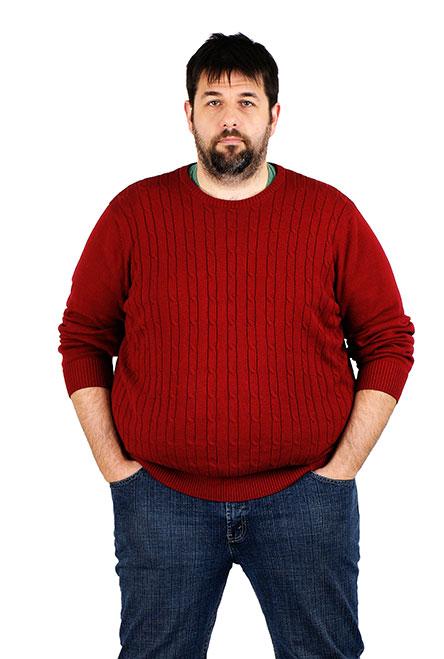 There are basically two types of male breast enlargement: pseudogynecomastia and true gynecomastia.

More often than not, the reason why men develop man boobs is because of pseudogynecomastia, wherein excess fat causes breast enlargement. This often happens among men who are either overweight or obese. To find out if your breasts are only made from fatty tissue, you will notice that they wobble when you run and that both sides are equally affected.

Furthermore, as the ratio of your fatty tissue to lean tissue increases, your body starts producing more female sex hormones rather than male sex hormones, resulting in flabby breasts.

Since there are no breast tissues that are causing the enlargement, the cure is rather simple: lose weight and slim down. Surgery is only considered as an option when you are suffering from true gynecomastia, wherein you also have glandular breast tissues in your chest aside from fats.

As previously mentioned, your hormones are the main culprit for gynecomastia. When you have a lot of female sex hormones or estrogen in your body, then your breast tissues also tend to swell, leading to male breast enlargement. On the other hand, if you have lots of testosterone or male sex hormones, you do not have to worry about man boobs.

Hormone fluctuations also go with age. In fact, gynecomastia is quite common for men in both age extremes. Baby boys are often influenced by their mothers’ hormones, causing their breasts to swell. Older men also tend to have lower testosterone levels, hence the breast enlargement. Even adolescents suffer from gynecomastia because of their raging hormones.

If you need one more reason to stay away from alcohol, then let this be it: it can cause man boobs. Alcohol affects your liver’s ability to get rid of excess estrogen in your body. And as you already know by now, estrogen can make your breast tissues swell.

And even though there is no truth to the myth that hops used to make beer can increase your body’s estrogen levels, the damage caused by alcohol to your liver affects how well it metabolizes your hormones. If your liver is not in tip-top shape, it will not be able to function efficiently. It can start converting androgens into estrogens, resulting in a feminine-looking chest.

To make it easier for you, we have come up with a short checklist of questions that you should ask your surgeon before a Gynecomastia Surgery.
Click Here to Download Your FREE Checklist of Important Questions

When you starve yourself during one of your diets, you are not only depriving yourself of adequate nutrition but you are also making your testosterone levels drop. Even if your estrogen levels remain roughly the same, the drop in your body’s testosterone level is enough to make you develop gynecomastia. Other men experience breast enlargement once their nutrition levels and food intake have returned to normal.

In fact, this phenomenon, known as refeeding gynecomastia, was first noted in 1945 in an article published in the Journal of the American Medical Association. According to the study, men liberated from World War II prison camps grew breast tissue and developed gynecomastia within a few weeks of resuming a proper diet.

There are also certain conditions that lead to breast enlargement in men. Basically, these illnesses cause gynecomastia because they upset the normal hormonal balance between male and female hormones. Examples of these are hypogonadism and hyperthyroidism.

As previously mentioned, hormonal changes associated with aging can also cause gynecomastia, especially for overweight people. Some tumors – especially those involving the testes, adrenal glands, and pituitary glands – can produce hormonal imbalances that cause gynecomastia. Hormonal changes are also apparent among people with kidney disease – especially those being treated with regular hemodialysis – liver failure, and liver cirrhosis.

Malnutrition and starvation can also cause male breast enlargement, as nutrition deprivation can cause testosterone levels to drop and estrogen levels to remain constant.

Anabolic steroids and androgens can also cause gynecomastia, which is why many bodybuilders who regularly use steroids realize that they are building more than just their pectoral muscles. Certain antibiotics, ulcer meds like cimetidine, and heart medications like digoxin and calcium channel blockers are all known to cause man boobs. Even psychiatric medication like anti-anxiety drugs and tricyclic antidepressants have gynecomastia as a side effect.

Chemotherapy can have the same effect. HIV-positive men receiving highly active antiretroviral therapy (HAART) as a treatment for AIDS can also get gynecomastia.

According to a study published in the New England Journal of Medicine in 2007, plant oils like tea tree oil and lavender, when applied topically, can lead to gynecomastia. These two herbal products are commonly found in commercial shampoos, lotions, and soaps. It is found out that these oils mimic estrogen activity, hence dulling the effects of androgen hormones in the body and causing the development of female-like breasts among male users.

If any of these reasons have caused you to develop unwanted breasts, then you may be a good candidate for a male breast reduction surgery. Schedule a Free Consultation with one of Face + Body Cosmetic Surgery’s highly experienced and board-certified surgeons and we will do our best to answer your concerns regarding gynecomastia and male breast reduction.